The Damond Motorsports Side Motor Mount Combo is a must have for any Focus ST enthusiast looking to keep their powertain solidly planted, drastically reducing wheel-hop and torque-steer, all while adding less NVH than the competition.  Damond Mounts are ran on the quickest most powerful track Focus ST's, as well as many enthusiast's daily drivers.

Note: With these mounts there will be added NVH over stock, as well as a slight break-in period for NVH to settle.

B
B.H.
A must if you're into autox or track days

What's most impressive to me is the quality of these motor mounts... they're just incredible. I was not surprised that both of my top side OE mounts were destroyed with me beating on the car on a regular basis, and I'm super happy with the performance of the new Damond mounts. Ran a SCCA Time Trial the week after installation and I was so happy with the feel of the front end in corner exits. Yes... a little NVH, but that doesn't matter to me as I don't daily the car. 5 Stars! 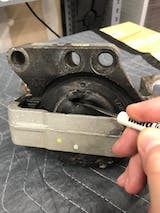 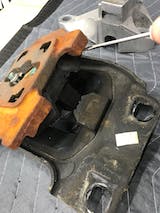 If you are concerned about NVH, seriously have no fear at all! It's insane how little vibrations and noise there is. I will put out this way... I had a 2009 Mazda 3 which has the same exact OEM passenger side mount. I replaced that with a JBR and the vibrations were so ridiculous, I honestly thought the car was broken at first and they never really went away much. It was obnoxious. I was hesitant to install motor mounts on the ST and after much research, I settled on the best. Damond. So when I first started the car after installing these, I was bracing myself for impact. I turned the engine over, and wow! It was completely different than my past experience. I actually laughed to myself and said if anyone ever complained about this, they would be crazy. Obviously you feel the engine more, but there's literally almost zero added NOISE besides being able to hear the transmission better now which is actually very neat. I also have a rear motor mount by innovative and powerflex small rmm trans bracket bushing. They all work flawlessly together. Car hugs tight turns much better now, and acceleration and over all connectedness to the car is fantastic. Get these! You won't regret it. Install them correctly and use all torque specs like I did, and it'll be amazing. 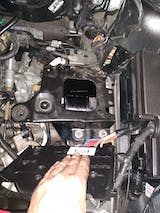 Install was relatively easy and the car is light and day different. You can hear and feel the car so much more and way less torque steer. Love it!